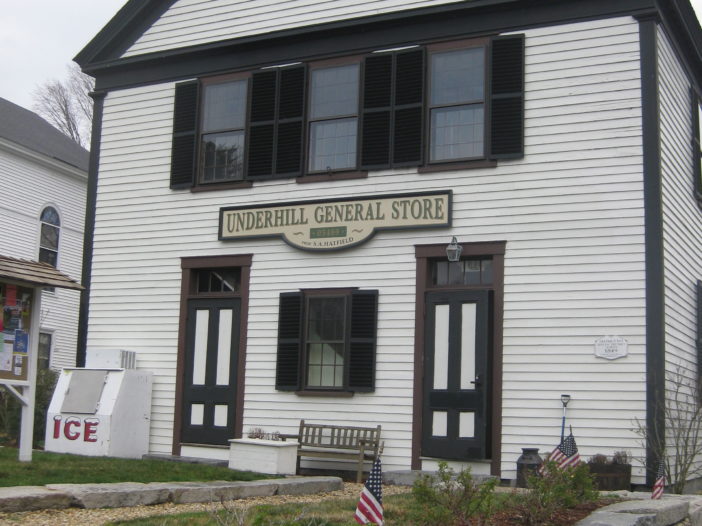 Notice anything different about the Grange Hall?

It’s all dressed up as a Vermont country store for a small role in the film Captain Phillips starring Tom Hanks and directed by Paul Greengrass (The Bourne Supremacy).

Phillips, you may remember, is the American sea captain who in 2009 offered himself as a hostage when Somali pirates boarded his cargo ship. He was saved in a dramatic high-seas rescue by U.S. Navy Seals.

Our little Grange Hall was one of several buildings in historic Sudbury Town Centre to get a temporary makeover yesterday to accommodate a brief drive-through scene for the movie depiction of Phillips’ hometown, Underhill, Vermont.

But alas, the morning shoot in nearby Lincoln took longer than expected and the Sudbury Centre scene was scrapped.