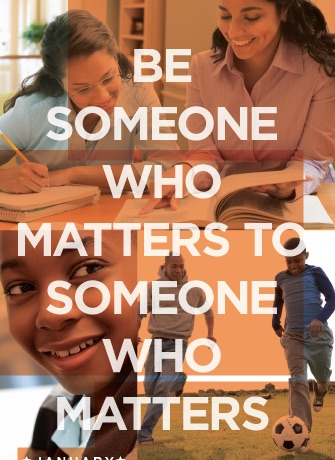 Mentoring — whether formal or informal — is a powerful tool to keep young people on the right track, particularly kids who are disconnected from their community.

Highlights and insights from the 2015 report The Mentoring Effect: Young People’s Perspectives on the Outcomes and Availability of Mentoring, are worth repeating.

The field of mentoring has grown significantly but a mentoring gap exists.

Locally, there are lots of mentoring opportunities – both formal and informal – that support at-risk youth. But are there enough? Probably not. Is your agency doing it all can to foster meaningful relationships between youth and caring adults? January is National Mentoring Month, a good time assess programs and services through a mentoring lens.