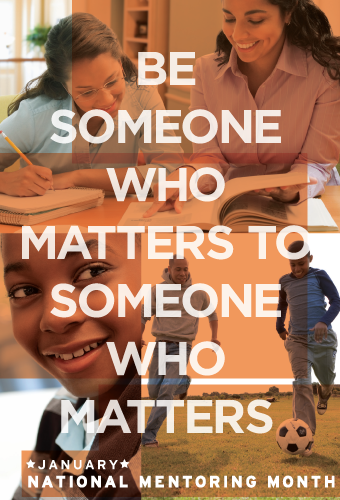 Mentoring — whether formal or informal — is a powerful tool to keep young people on the right track, particularly kids who are disconnected from their community.

A new study commissioned by MENTOR: The National Mentoring Partnership with support from AT&T, and written by Civic Enterprises in partnership with Hart Research, surveyed 1,109 young adults ages 18 to 21 to assess their mentoring experiences while they were growing up.

The study, The Mentoring Effect: Young People’s Perspectives on the Outcomes and Availability of Mentoring, found, among other things, that the mentoring effect can be a significant factor in reducing the number of youth disconnected from school and work, in increasing social and economic mobility, and in creating more productive and prosperous communities.

The field of mentoring has grown significantly but a mentoring gap exists.

Locally, there are lots of mentoring opportunities – both formal and informal – that support at-risk youth. But are there enough? Probably not. Is your agency doing it all can to foster meaningful relationships between youth and caring adults? January is National Mentoring Month, a good time assess programs and services through a mentoring lens.

The Power of a Mentor to Change a Young Life